1-…………. , but I’d guess he must be about sixty.
A)My husband will phone the tour company and ask the price of the trip to Egypt
B)I don’t remember how much the shop assistant told us those jeans cost
C)I don’t know exactly how old Tim’s father is
D)Frank weighed himself and was horrified to see he is eight kilos
E)Tom may be heavier than you, but don’t forget that he is also taller

2- If you’re not sure how to spell a word, ………….. .
A) one must first learn how to pronounce the English alphabet
B) you should look it up in a dictionary
C) homophones are words that sound the same
D) it is because, in Turkish, every sound is represented with a symbol
E) then you should have avoided using them in your essay
BOŞLUĞA UYGUN DÜŞEN İFADELER (FIND THE BEST COMPLETION)

3-…….., most citizens of the sultanate actually live in poverty.
A)Since the Sultan of Brunei is one of the wealthiest people in the world
B)Considering that the largest concentration of urban population is in Brunei’s capital, Bandar Seri Begawan
C)Because Brunei earns billions of dollars a year from petroleum exports
D)When Queen Elizabeth paid an official visit to the Sultan of Brunei in ear1y1998
E)Although the average income in Brunei is among the world’s highest

4-The cost of living in Alaska is extremely high, ………  .
A) as the price of petrol there is surprisingly low
B) whereas Eskimos live in ice houses called igloos
C) due to the fact that only about 500,000 people live there
D) unless you really enjoy extremely cold weather and snow
E) because nearly everything has to be imported

5-In Africa, summer starts in the middle of December, …….. .
A) however the inhabitants don’t have much opportunity to take advantage of this
B) while in Europe, the season begins in the middle of June
C) when vast stretches of land were frequently covered in snow
D) but they’re going to change this system so as to be like the rest of the world
E) though the modern twelve-month calendar is of little use to them

6-……….,so the family of the victim were outraged.
A) They won their case and the burglar had to go to jail
B) The girl completely recovered from the brutal attack
C) They were relieved to see the murderer locked up in prison
D) The murderer was only given a two and a half year prison sentence
E) The judge had given the robber a harsh punishment

7-……,  though she carefully kept it from me.
A) I’m surprised to hear about the problems she faced there
B) I’ve tried to make my daughter talk to me
C) I was expecting her to tell me all her secrets
D)Kim tells me almost everything that happens at school
E) She mentioned to Roberta about her new boyfriend

8- ….. , which has a wonderful view of the harbour.
A) The restaurant on Galata Tower serves specialities of Turkish cuisine
B) My friend, Jason, lived in the same house for more than ten years
C) I’ll show you Molly’s new car as we drive past it on our way home
D) Whenever I have a little time, I love climbing up Shooter Hill
E) Most of the flats in this block are a little cold as they face north

9- Despite abundant rain throughout the winter, ….. .
A) the city is still suffering from a shortage of water this summer
B) when there were severe floods destroying a large part of the region
C) the local fruit growers no longer complain about the drought
D) it was after a long period, without a drop of rain for many months
E) irrigation is only necessary for a few farms where they grow vegetables

10- Are you aware that we will have been waiting here for four straight hours ……..?

A) if we had toured around the city instead of coming here so early
B) what time exactly is the plane going to take off
C) since they last made an announcement about the fate of our flight
D) as soon as they arrived in Spain at 3p.m.
E) by the time the plane leaves at eight, after a two-hour delay

11- ………, Barbara was appointed to district manager.

14-While New York is one of the most exciting cities in the world, …………….
A) it’s because its residents consist of people from various cultures
B) it’s certainly not one of the cheapest though
C) make sure you visit the Metropolitan Museum during your visit
D) it can also be one of the most stressful and dangerous
E) the sightseeing tour which we Joined was really unforgettable 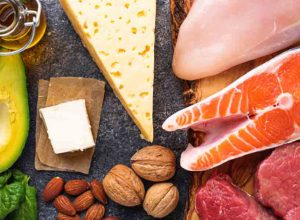