CHAPTER 28.  CONJUNCTIONS
A conjunction may be used to indicate the relationship between the ideas expressed in a clause and the ideas expressed in the rest of a sentence. The conjunctions in the following examples are printed in bold type.
e.g. We could go to the library, or we could go to the park.
He neither finished his homework nor studied for the test.
I went out because the sun was shining.

2. Correlative conjunctions
Correlative conjunctions are used in pairs, in order to show the relationship between the ideas expressed in different parts of a sentence. For instance, in the following example, the expression either … or is used to indicate that the ideas expressed in the two clauses represent two alternative choices of action.
e.g. Either you should study harder, or you should take a different course.
The most commonly used correlative conjunctions are both … and, either … or and neither … nor. In the table below, each pair of correlative conjunctions is accompanied by an example of its use. Note that in the construction if … then, the word then can usually be omitted.
Correlative Conjunctions
both … and He is both intelligent and good-natured.
either … or I will either go for a walk or read a book.
neither … nor He is neither rich nor famous.
hardly … when He had hardly begun to work, when he was interrupted.
if … then If that is true, then what happened is not surprising.
no sooner … than No sooner had I reached the corner, than the bus came.
not only … but also She is not only clever, but also hard-working.
rather … than I would rather go swimming than go to the library.
scarcely … when Scarcely had we left home, when it started to rain.
what with … and What with all her aunts, uncles and cousins, she has many relatives.
whether … or Have you decided whether you will come or not?
See Exercise 2.

3. Subordinate conjunctions
As has been seen in previous chapters, subordinate clauses may begin with relative pronouns such as that, what, whatever, which, who and whom, as well as with words such as how, when, where, wherever and why. In the following examples, the subordinate clauses are underlined.
e.g. The house, which stood on a hill, could be seen for miles.
I wonder how he did that.
In addition, subordinate clauses may also begin with words which are commonly referred to as subordinate conjunctions. In the following examples, the subordinate conjunctions are printed in bold type.
e.g. Because it was cold, I wore my winter coat.
Let us wait until the rain stops.
The subordinate conjunctions below are accompanied by their meanings and examples of use.
Subordinate Conjunctions
As
1. because:  As he is my friend, I will help him.
2. when:  We watched as the plane took off.
After
1. later in time:  After the train left, we went home.
Although or though
1. in spite of the fact that:  Although it was after midnight, we did not feel tired.
Before
1. earlier than:  I arrived before the stores were open.
Because
1. for the reason that:  We had to wait, because we arrived early.
For
1. for, because:  He is happy, for he enjoys his work.
If
1. on condition that:  If she is here, we will see her.
Lest
1. for fear that:  I watched closely, lest he make a mistake.
Note the use of the Subjunctive Mood in the clause with lest.
Providing or provided
1. on condition that:  All will be well, providing you are careful.
Since
1. from a past time:  I have been here since the sun rose.
2. as, because:  Since you are here, you can help me.
So or so that
1. consequently:  It was raining, so we did not go out.
2. in order that:  I am saving money so I can buy a bicycle.
Note: When used with the meaning in order that, so is usually followed by that in formal English.
e.g. I am saving money so that I can buy a bicycle.
Supposing
1. if:  Supposing that happens, what will you do?
Than
1. used in comparisons:  He is taller than you are.
Unless
1. except when, if not:  Unless he helps us, we cannot succeed.
Until or till
1. up to the time when:  I will wait until I hear from you.
Whereas
1. because:  Whereas this is a public building, it is open to everyone.
2. on the other hand:  He is short, whereas you are tall.
Whether
1. if:  I do not know whether she was invited.
While
1. at the time when:  While it was snowing, we played cards.
2. on the other hand:  He is rich, while his friend is poor.
3. although:  While I am not an expert, I will do my best.
In addition, the following phrases are often used at the beginning of subordinate clauses.
As if
1. in a similar way:  She talks as if she knows everything.
As long as
1. if:  As long as we cooperate, we can finish the work easily.
2. while:  He has lived there as long as I have known him.
As soon as
1. immediately when:  Write to me as soon as you can.
As though
1. in a similar way:  It looks as though there will be a storm.
Even if
1. in spite of a possibility:  I am going out even if it rains.
In case
1. because of a possibility:  Take a sweater in case it gets cold.
Or else
1. otherwise:  Please be careful, or else you may have an accident.
So as to
1. in order to:  I hurried so as to be on time.
See Exercise 3.
Certain words, such as after, before, since and until may function either as prepositions or subordinate conjunctions. However it should be noted that in some cases different words must be used as prepositions and subordinate conjunctions, in order to express similar meanings. This is illustrated in the table below.
Differing Prepositions and Conjunctions
Meaning Preposition Conjunction
for this reason   because of   because
in spite of this   despite   although
at the time when   during   while
in a similar way   like   as if
In the following examples, the objects of the prepositions, and the verbs of the subordinate clauses are underlined.
Preposition: They were upset because of the delay.
Conjunction: They were upset because they were delayed.
Preposition: Despite the rain, we enjoyed ourselves.
Conjunction: Although it rained, we enjoyed ourselves.
Preposition: We stayed indoors during the storm.
Conjunction: We stayed indoors while the storm raged.
Preposition: It looks like rain.
Conjunction: It looks as if it will rain.
In the above examples, it can be seen that the prepositions because of, despite, during and like have the noun objects delay, rain and storm; whereas the subordinate conjunctions because, although, while and as if introduce subordinate clauses containing the verbs were delayed, rained, raged and will rain.
It should be noted that like is sometimes used as a subordinate conjunction in informal English.
e.g. It looks like it will rain.
However, this use of like is considered incorrect in formal English.
See Exercise 4. 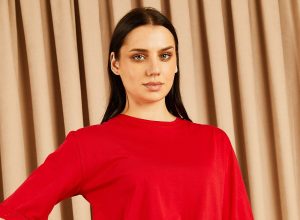