Adventures of Tom Sawyer
The Adventures of Tom Sawyer revolves around the youthful adventures of the novel’s schoolboy protagonist, Thomas Sawyer, whose reputation precedes him for causing mischief and strife. Tom lives with his Aunt Polly, half-brother Sid, and cousin Mary in the quaint town of St. Petersburg, just off the shore of the Mississippi River. St. Petersburg is described as a typical small-town atmosphere where the Christian faith is predominant, the social network is close-knit, and familiarity resides.
Unlike his brother Sid, Tom receives “lickings” from his Aunt Polly; ever the mischief-maker, would rather play hooky than attend school and often sneaks out his bedroom window at night to adventure with his friend, Huckleberry Finn ­ the town’s social outcast. Tom, despite his dread of schooling, is extremely clever and would normally get away with his pranks if Sid were not such a “tattle-tale.”
As punishment for skipping school to go swimming, Aunt Polly assigns Tom the chore of whitewashing the fence surrounding the house. In a brilliant scheme, Tom is able to con the neighborhood boys into completing the chore for him, managing to convince them of the joys of whitewashing. At school, Tom is equally as flamboyant, and attracts attention by chasing other boys, yelling, and running around. With his usual antics, Tom attempts to catch the eye of one girl in particular: Becky Thatcher, the Judge’s daughter. When he first sees her, Tom immediately falls in love with Becky. After winning her over, Tom suggests that they “get engaged.” But when Tom accidentally blurts that he has been engaged before to Amy Lawrence, he ruins his relationship with Becky and becomes heartbroken. 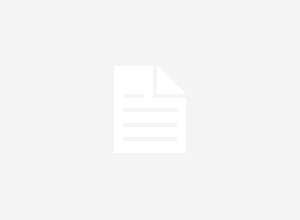